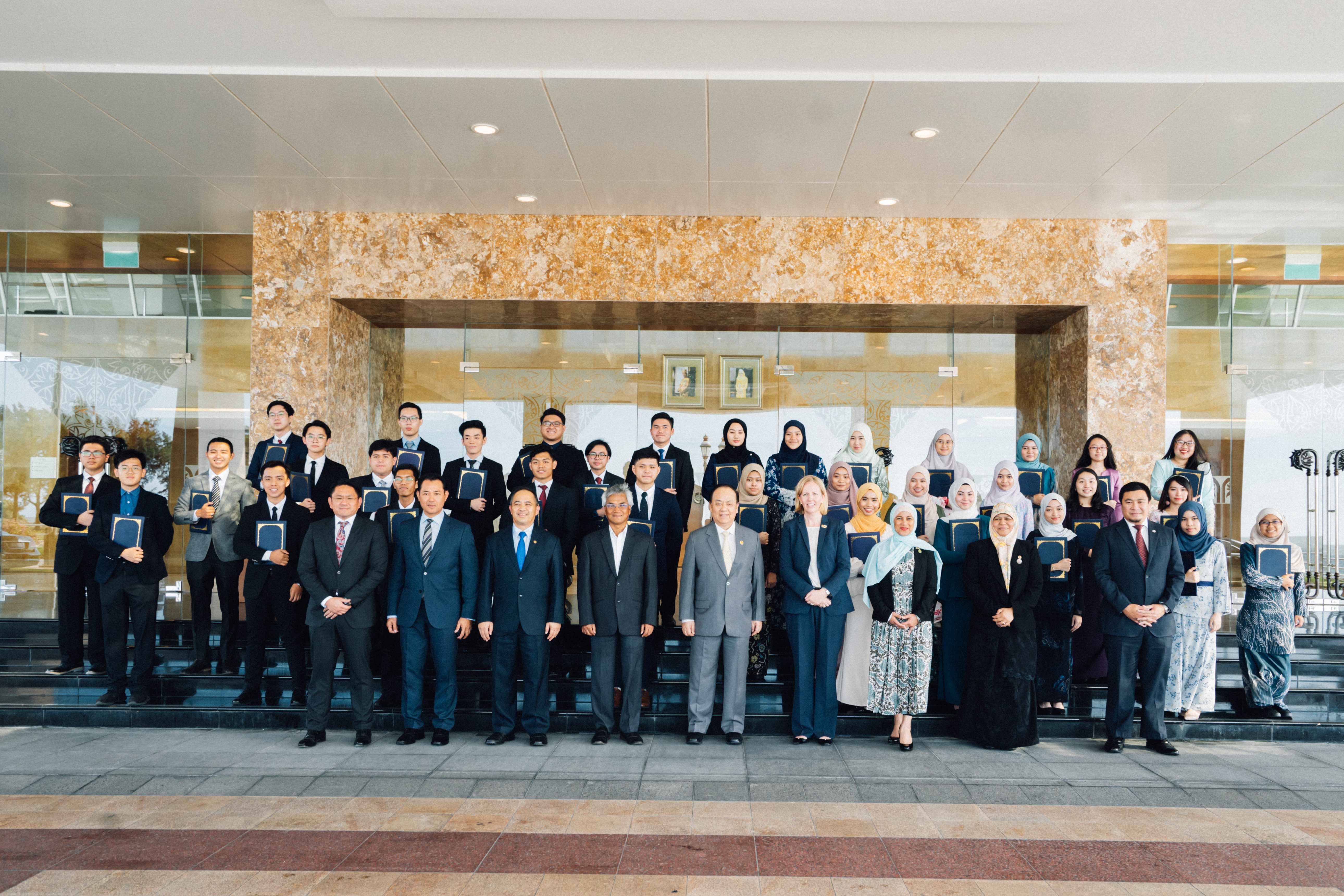 The Brunei Shell Joint Venture (BSJV) Companies, today held a contract signing ceremony for thirty-three (33) exemplary students under the BSJV Scholarship Scheme at the Indera Samudra Grand Hall at The Empire Brunei. The BSJV companies awarding the scholarship are BSP, BLNG and BSM. The awarded students will pursue higher education in local universities such as Universiti Teknologi Brunei (UTB) as well as abroad in Australia and the United Kingdom.

Upon successful completion of their studies, the scholars will join the BSJV companies as young professionals. This year BSP is also awarding a new scholarship, the BSP Safety Scholarship, to a student pursuing a degree in Occupational Health and Safety Science at the University of Queensland, Australia. The BSP Safety Scholarship aims to produce highly skilled Safety Professionals with the ultimate vision towards raising the bar of safety standards amongst Bruneians. This is in line with the company’s deeply held value of safety and BSP’s vision of Goal Zero which is causing no harm to people and experiencing no leaks from their operations.

In her opening remarks, Hajah Zainab binti M.A. Omar, BSP’s Human Resources Director, stated that BSP’s pledge towards Bruneianisation continues to strengthen as BSP continues to develop the local people within and outside of BSP through world-class developmental opportunities, internationally accredited competency frameworks and on-the-job training. This is part of BSP’s ongoing efforts to support one of the aspirations of Wawasan Brunei 2035, which is to have an educated, highly skilled and accomplished population.  As future leaders of the BSJV Companies, Hajah Zainab reminded the students to continuously and proactively develop themselves not only through enhancing their academic capabilities but also through other forms of education such as co-curricular activities and capacity building practices. This year’s scholarship signing ceremony is especially notable as the three BSJV Companies have awarded scholarships in various fields to the scholars.

The BSJV scholarship scheme was first introduced in 1972 and since then, more than 700 scholarships have been awarded. Through this scheme, young Bruneians have been able to pursue higher education locally and abroad.